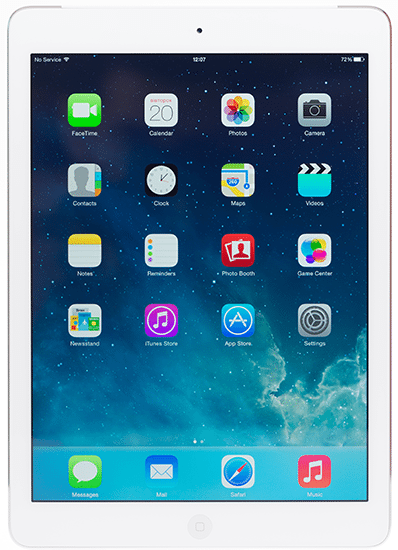 INSTANT QUOTE BACK TO DEVICES

If you are looking for an iPad Air repair U-Tech Electronics has the expertise, parts and tools to professionally repair it and get it back to working condition in no time. When your iPad Air needs anything from a screen repair to a battery replacement you can count on our experience to get it done fast and efficiently.

Be sure to ask about our screen protection options. We have the best accessories for protecting your iPad Air like cases and tempered glass.

For more technical information about this device visit here.